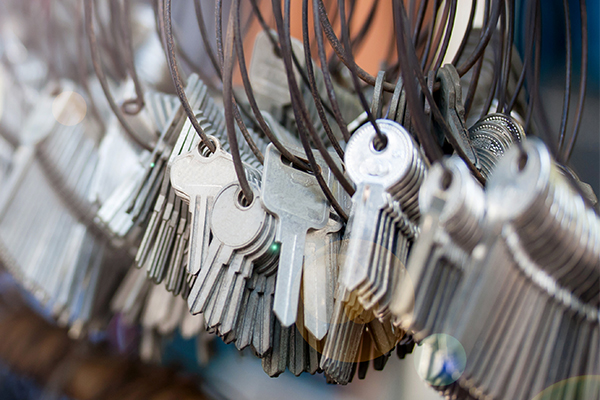 What are the Different Types of Keys?

As the owner of a house, business or car, it’s necessary to be knowledgeable on the various types of keys that exist, given that there are so many keys for too many varieties of locks.

Car keys and house keys are the most common keys, however, there are keys that are hard enough to recognize. To learn more about these tiny valuable items, use this guide to discover more kinds of keys and their uses.

These keys are also known as ‘chip keys’ that are usually used in modern cars and other vehicles. These are activated by radio signals sent from the car when placed in the ignition.

These are also used for vehicles. They work the same way with a transponder key using a microchip and radio signal. These types of keys don’t require manual insertion into the ignition, instead they function when the key is situated within the car.

These types of keys have either two or four sets of teeth on them and are most commonly used for home locks. A four-sided key is more durable and the extra teeth make the lock more difficult to pick.

Paracentric keys are used to open a paracentric lock. This key has tiny teeth at the end of the key and is recognized by its twisted blade shape. The paracentric key is usually used in prisons and to deter lock picking.

Keycard keys are closely similar in size and shape to credit cards. They are used in situations where you need to be able to guarantee security or when you need to change locks on a regular basis. One of the most typical locations where you will encounter using a keycard key is in a hotel.

Whether you need new keys, a copy of your keys or to rekey your locks, you can count on Cobra Locksmith.

Recent Posts In Our Blog

For All Your Locksmith Needs
Brooklyn/Queens

Tap Here To Call Us